What is the first thing that comes to mind when I think of him a week before his eightieth birthday? His fearlessness. He has, I believe, no wariness about the unknown. If you make a suggestion, he usually agrees eagerly, wanting to try it out. There don’t even seem to be external restrictions on his infinite willingness to put his neck out, his readiness to take on the new, different, outrageous, even foolish, both mentally and physically. Just read his meditative account of the intruder. He received the intruder who gave him more life – no less endangered and no less fearless. Many years ago I asked him if he would talk to me about the impact of serious illnesses and major surgery. The conversation was intended, along with three others, for a little book with the ambiguous title Four Sick Friends. I had noticed that people with serious illnesses or who have undergone life-threatening operations frequently approach life, or return to it, from an invulnerable and inaccessible distance, as if they were no longer simply thrown into life, or as if they were elsewhere, at the place of an odd, unbearable untouchability and insusceptibility that allow them to participate in life in the first place. They make them expose themselves, touch and be touched. I also suspected that this place might coincide with the place where thinking originates, the thinking of a philosopher or an artist. Hence it is impossible to tell, I whisper to myself while writing these lines, whether his fearlessness has to do with his physical or mental experience, whether it was his fearless spirit that prepared him for the trial, from which his body did not recoil, or whether it was his fearless body that liberated his spirit from apprehension, from all hesitation and indecision, which deter thinking from thinking, and prevent it from becoming thought. The wish to discern the origin of fearlessness in the heart transplant he underwent is futile, as inseparable from it as it is, as much as the fearlessness of the body and the fearlessness of the spirit precede, follow and condition one another, ungraspable and indiscernible. Perhaps one fears most for the life of one’s seriously or terminally ill friends who have at least once, and sometimes recurrently, been granted an unexpected and improbable reprieve. And yet what proceeds from an outside –  his fearlessness – is no longer simply finite. 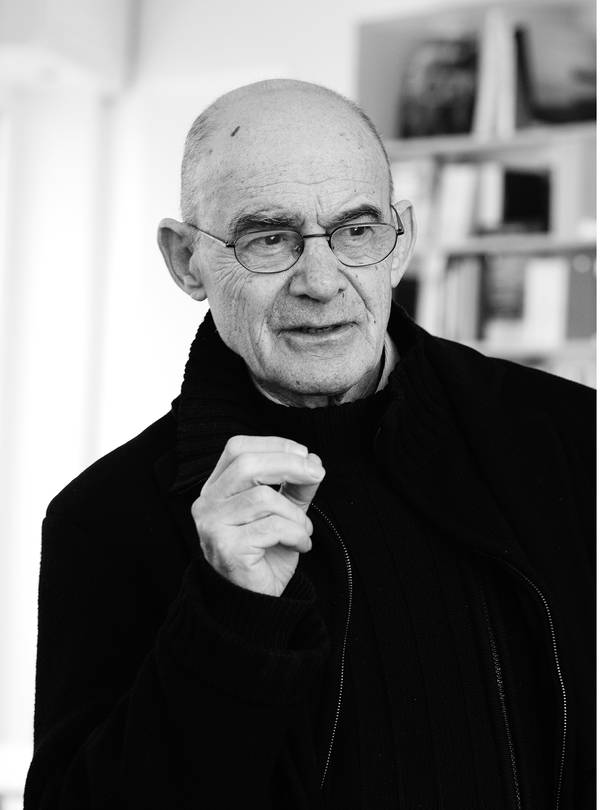 is one of the most influential contemporary thinkers. He taught Philosophy at the Université Marc Bloch, Strasbourg and was visiting professor with the universities of Berkeley, Irvine, San Diego and Berlin until he recently retired from his professorship. His work has been acknowledged and praised by academics and the wider international public alike. It comprises a variety of research focuses reaching from the ontology of society to the metamorphosis of reason and the arts, on image studies, and even on political and religious aspects with respect to ongoing developments. In his most recent texts he focuses on the deconstruction of monotheism.