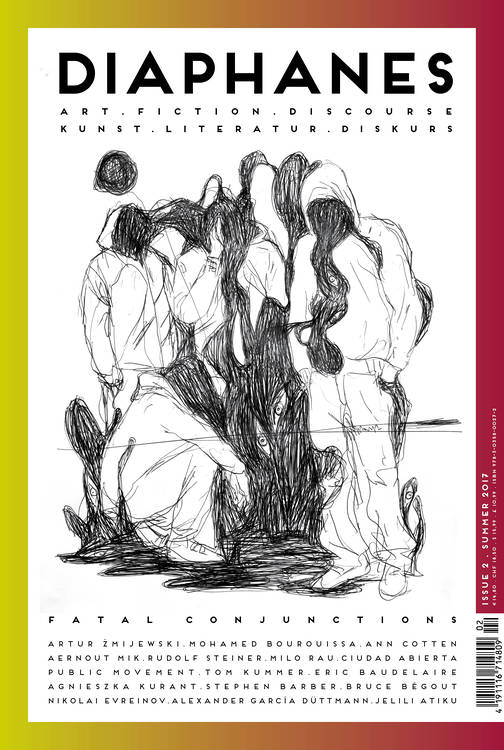 Everything is connected to everything else, says Lenin, as do the finance gurus, and the more it breaks down, the better it works, says Deleuze, as do the winners of the ­“crisis.” It’s many strokes that make up the big picture, and nets are made up of knots. It’s equations that found exclusions and force us into regimes: it’s small words that make the difference. The form and direction of movement is articulated at the joints; the shared, the collective, any talk of “we,” is upheld or torn apart by bands and bonds.

Communism as the “free association of free individuals”? Now, when ­dividuals— a mobile army of codes, images, data, relations, technologically ­collected, ideologically filtered, transferred, and made legible—appear to states and corporations to be identifiable and controllable? The ­individuals are illusions about which one has forgotten that this is what they are, as Nietzsche would say.

Fatal conjunctions: loose attempts. ­Associating in and with gaps. Making small incisions into the big ­picture. Following the vanishing lines over the border. “Believing in the world.” From the double bind to the missing links. An incon­spicuous gliding and diverging, nomadic consciousnesses, in the plural, and if in doubt, out of line. But what can be linked to this?