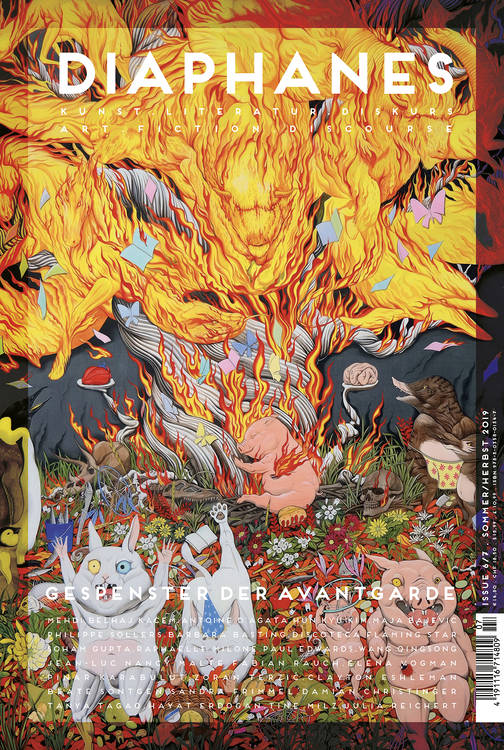 This double issue summons the specters of the avant-garde, dissects its corpse, which was never found, but still radiates the black light of its visions and phantasms.

Was the failure of the avant-gardes unavoidable? What remains of their goal of eliminating art in a revolution of life? What can be learned from the tension between a radical urge to form and political action, between bright visions of progress and dull resentments?

Avant-garde in the 21st century? Nothing more than borrowed gestures, appropriated nick-nacks? A vintage label for art collectors and leftist veterans, material for the latest turncoats? And what can “transgressive heroism” achieve in the light of an excessive media spectacle that plays by every trick in the artists’ book?

Discoteca Flaming Star say Yes and NoBorisNo, Mehdi Belhaj Kacem finds old forms for new ­situations and talks with a jolly gravedigger. Barbara Basting cures her addiction to an ism, and Zoran Terzic says merdre! to today’s perva­sive decerebration. Paul Edwards investigates the ­connection between the avant-garde and fascism in the work of Wyndham Lewis. In the special insert, Antoine d’Agata photographs a ghostly France and discovers the emptiness and explosiveness behind the lines.

DIAPHANES 6/7 stands in the harsh light of­ ­aesthetic mourning, dreaming of a rear-guard of the many, conjugating the past into the future perfect.