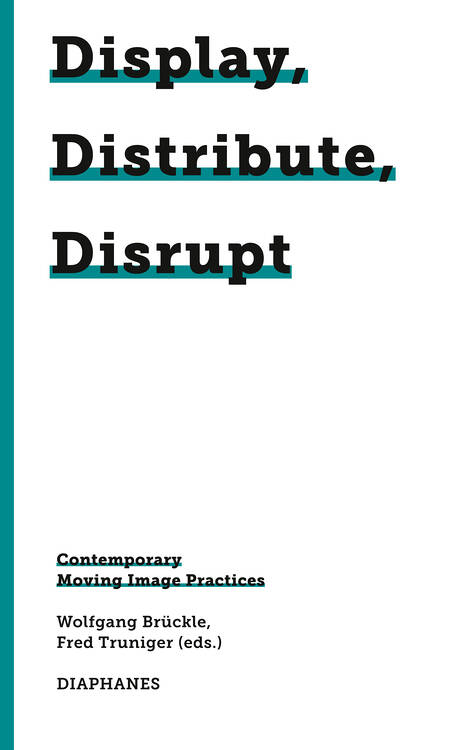 The field of audiovisual media has changed dramatically over the last two decades. Until recently, the amount of audiovisual technologies was still manageable, channels of distribution were few, the places where moving images were consumed were for the most part limited to cinemas, the domestic television set, and galleries or art museums. Also, both the producers and the audiences of such content clearly identified as human beings. Those days are over. The digitization of image production and distribution have proved a massive disruption to the traditional ecology of the moving image. This publication maps new contributors and new conditions for creative work in discussions of animal spectators, child producers, all-encompassing gazes and the marketing interests of big corporations, the origins of new formats and new practices in the widening sphere of audiovisual media.

obtained a doctorate in art history from the University of Hamburg. Having worked in museums and universities in Germany, Switzerland, and the United Kingdom, he now teaches a the Lucerne University of Applied Sciences and Arts (HSLU). He edits the HSLU publication series 745. Kunst, Design, Öffentlichkeit (Art, Design, Public Spheres) together with Rachel Mader. He has led two research projects on post-photography since 2018 and 2019, and one since 2019 on the collection of performance art, also with Rachel Mader. All projects funded by the Swiss National Science Foundation (SNSF).

studied the History & Theory of Film as well as German Language and Literature at the University of Zurich and the FU Berlin. He received his PhD from the Swiss Federal Institute of Technology, ETH Zurich. He has been a member of the program committees of the film festivals Viper, Lucerne, European Media Art Festival, Osnabrück, International Short Film Festival, Oberhausen, and Documentary Filmfestival, Duisburg and is a co-publisher of the DVD with the restored version of the urban riot video Züri brännt. His research interests cover Film and Landscape, history and theory of Avant-Garde Film, Documentary forms and formats in film, Ultrashort Films, and the intersections of Film and installative Art. Presently he is the head of the MA Film Programme at the Lucerne University of Applied Sciences and Arts and the project leader of the research project "Moving in Every Direction", funded by the Swiss National Science Foundation (SNSF).
Zurück