Another New God in Parts
The Painting of Francisco Sierra

You have to imagine Francisco Sierra as a cheerful painter. Not only do his A Self Portrait, from 2005, and the series ExBolígrafo, from 2005/06, suggest this but also his jocularly gloomy alternation between photo- and sur-realist visual gesture along with a highly idiosyncratic selection of subject matter. This is so remarkable that the viewer sets out on a frequently convoluted reversed trail along the process of painterly image-making in order to look for motifs in the sense of motivation—not only to decipher the relationship between portrayed and portrayal, and to gain heightened pleasure from their interplay, but also and rather to be able to participate in the vow that binds the motif to its motivation and turns it into an offering. Not that we would encounter a subject underlying the subject matter on some kind of ground or source, but certainly a votum, an oath, an offering to what makes the motif a votive. So we can also imagine Sierra as a votive painter—this isn’t just suggested by his hastily sketched iconography but also by the unspecified visual genesis of Sierra’s central Dekorationsteller feat. The Ugly Man, from 2012.

Sierra’s paintings derive their power, their force, from the fundamental and by no means modern sense in which every image is the image not only of another image but above all of a counterpart that isn’t an image itself. The gaping substantial otherness between what is seen and the subject of the gaze is the actual painterly sphere of action. The connection between the two—with Sierra one might be tempted to speak of a marriage—is the alliance to be formed between infinitely separate worlds. The fact that Sierra develops this bond in series makes it both more readable and more complicated, as the individual motif with its votive is inscribed into an overriding or at least framing narrative, whose meaning and significance can only be decoded as a palimpsest of superimposed chains or decision-making of alliance-formation. 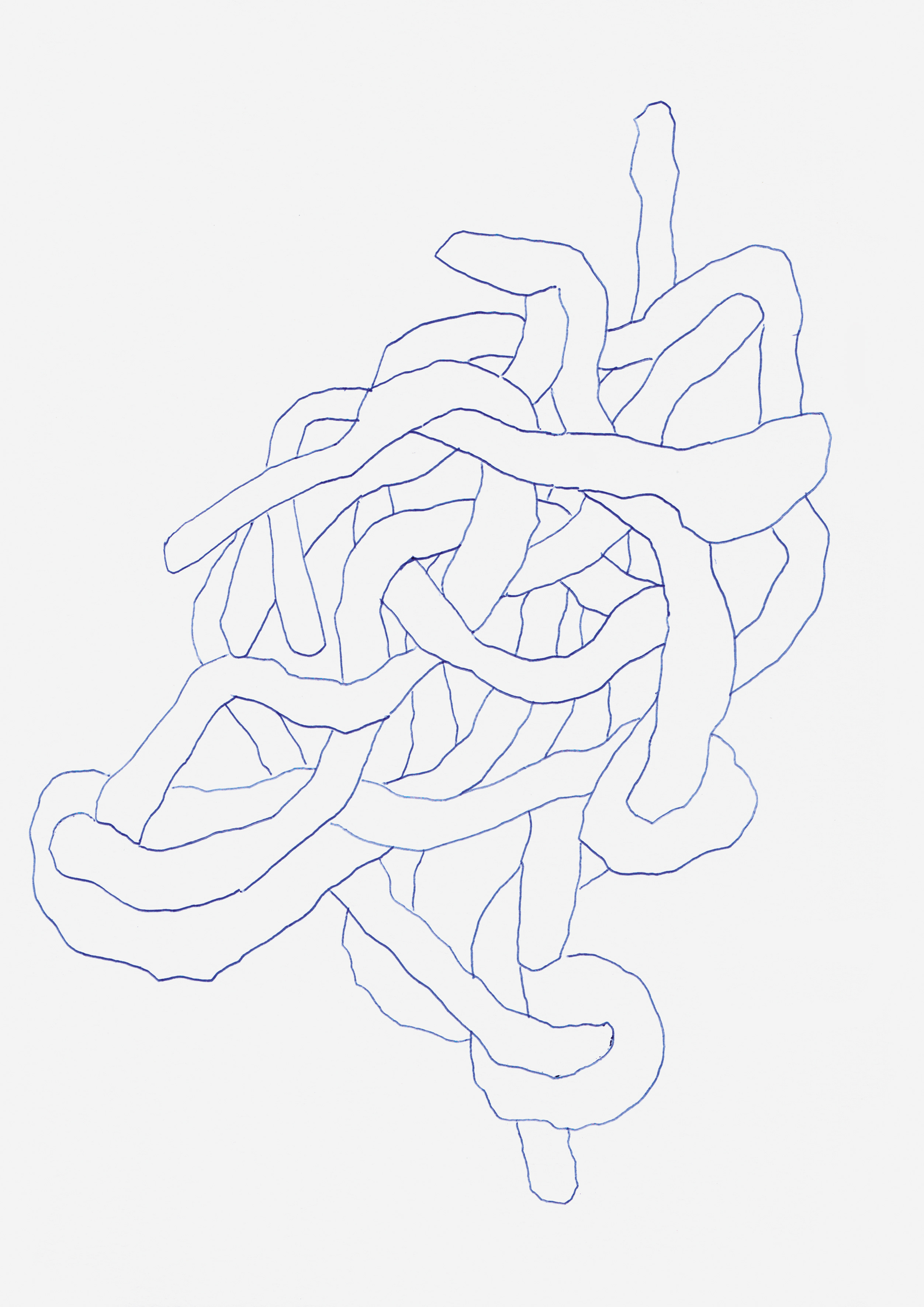 After the biro drawing Study for Würmligott (2012) created a convoluted, serpentine, plural organism (at least six ends can be clearly identified; others are possible but aren’t evident from the subtly ambiguous logic), named moreover as God incarnate and thus depicted, it was followed by oil-on-canvas versions of the motif. Sierra has declared at least four emanations from the series Würmli 2012–2014 as valid: Der Untergang der Würmlisonne [The Setting of the Little Worm Sun] (2014), Würmligott [Little Worm God] (2012), Würmligeist [Little Worm Spirit] (2012), Die Dreieckigung des Würmligotts [The Trinitization of the Little Worm God] (2012). The motif is taken through well-known forms and hypostases. We are witness to classical epiphanies, perhaps also to an ascension, but at any rate to a classically oriented “trinitization” of a now mortal god. Of course the divinely enthroned serpentine form ironizes basic concepts of Old and New Testament theology, as does the Swiss diminutive “Würmli.” The references to the store of Christian motifs and traditions of portrayal can easily be followed along various branches of art history.

A new game, in regard to painting and production aesthetics, and to the question of the pictoriality of the image, is played when Sierra interrupts the above-mentioned series to create two further paintings (Another God and The New God), for which he forms a model of unfired clay, which he primes, paints, photographs, varnishes, and photographs again. But the sculptural model, which serves to a certain extent as a newly active matrix for a branching-off series of images whose productive cycle it inaugurates, doesn’t only take the position of the model, the depiction of which will ultimately become the painting (it has no status as a work, only a function in the painterly process); rather the framework of portrayal shifts and radicalizes with the existence of an integral, material sculpture as an additional motif. 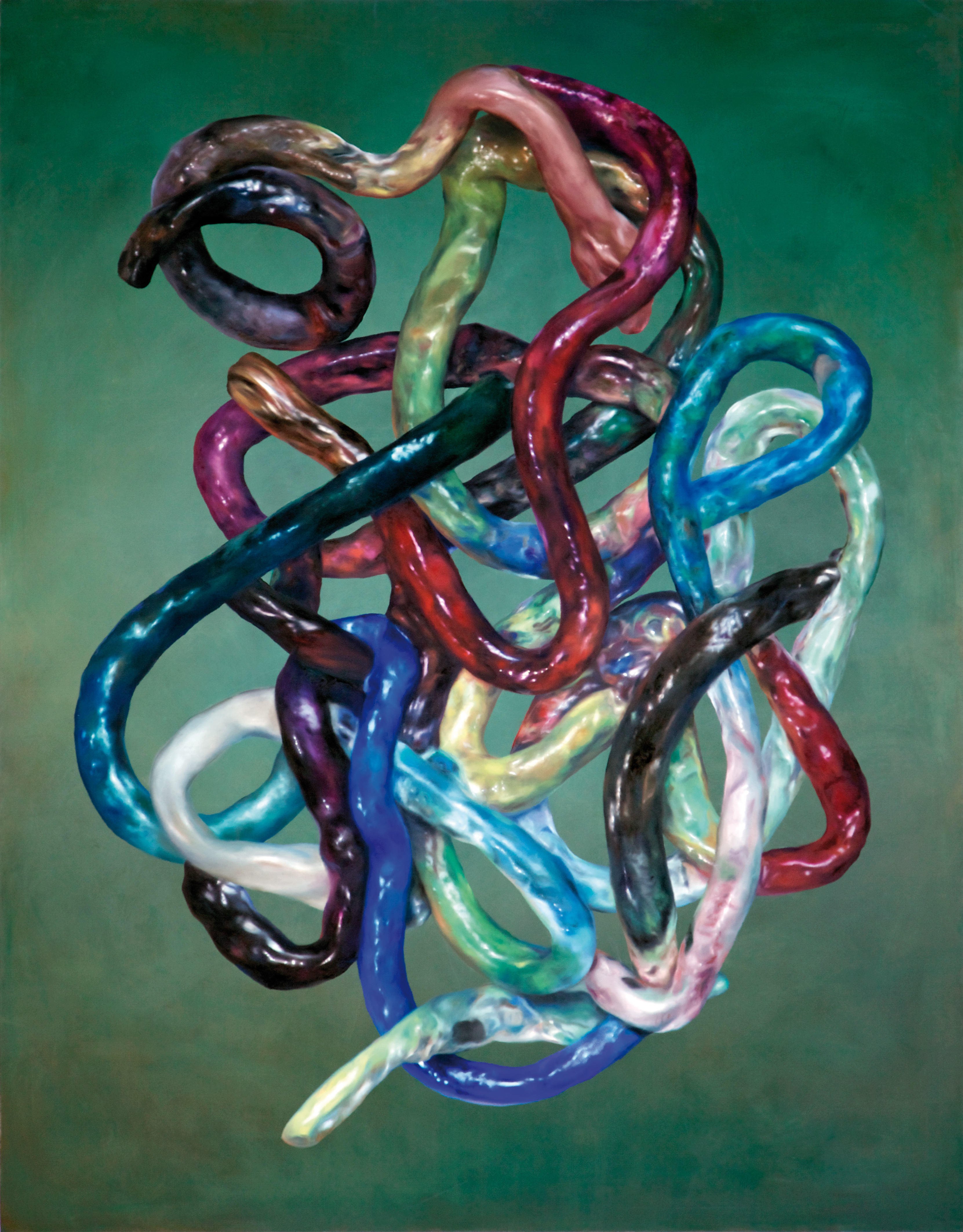 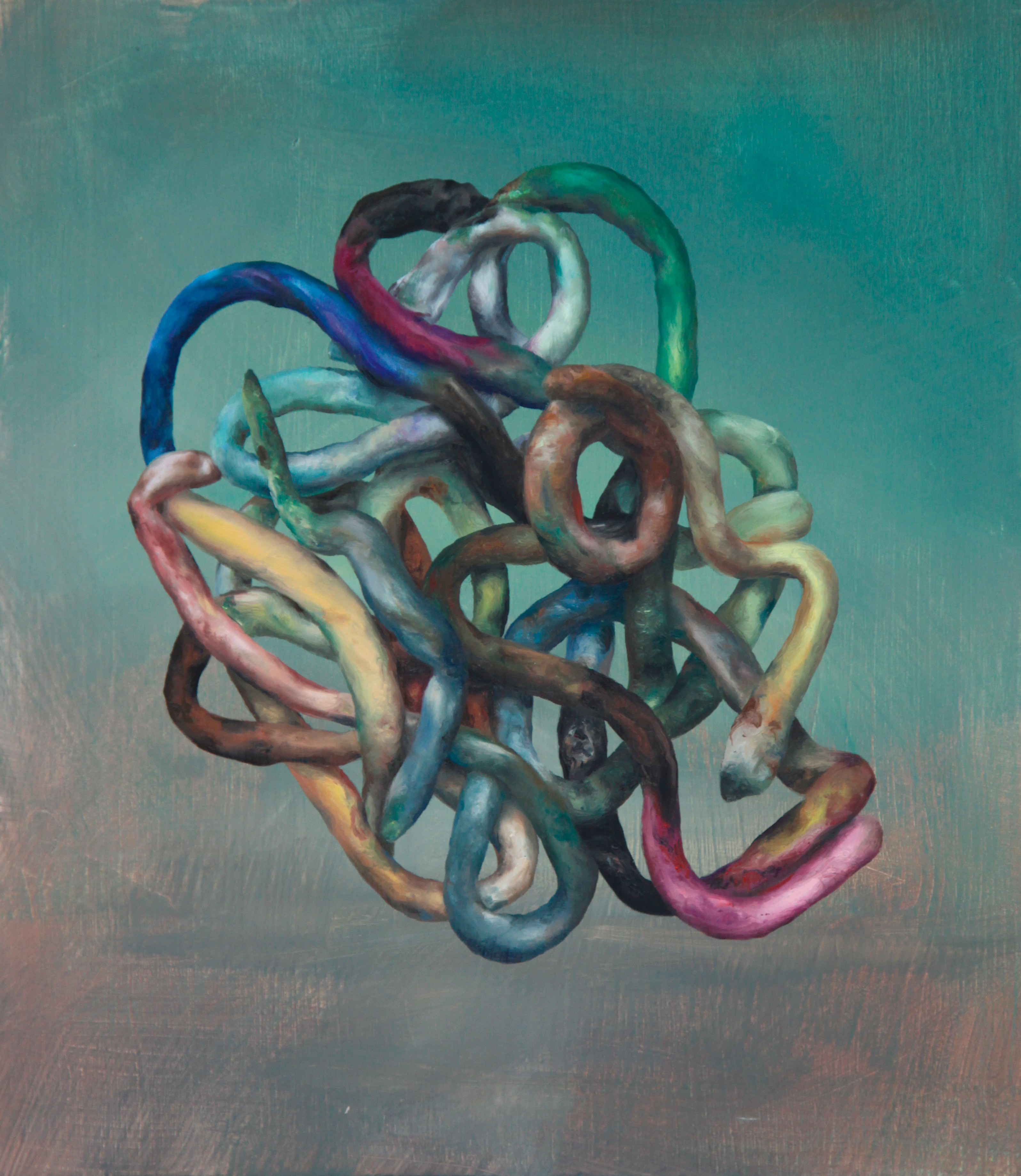 Jean-Luc Nancy has pointed out that the prohibition of images need not necessarily be understood from the point of view of iconoclasm, as it traditionally and initially referred more to sculptural products that could be venerated as gods. The pessel named in Exodus XX:4 thus also denotes a sculpture, and it is striking that a number of denotations figure in this context, that a pluralism was at work in monotheism from the very beginning. At any rate the understanding of the prohibition of images as a restriction to the eidolon becomes clear, and the sculptural model is given the essential role: “The graven image is a god produced and not portrayed, and its ridiculousness and falsity is founded in its artificial production. […] So the charge against the graven image is not that of it being a copy or imitation, rather its full, massive presence; the presence of an immanence or in an immanence. The graven image does not move, see, or speak; it is called, but it does not answer. (see Isaiah XLIV:/ or Psalms:4–8.)” (Jean-Luc Nancy, The Ground of the Image, Fordham University Press 2005.)

Sierra now seems to have answered this silent sculptural hubris with an act of authority and authorship due only to him, for on completion of the paintings Another God (on wood) and The New God (on canvas) Sierra shattered the paintings’ underlying, or perhaps one should say subjugated, model—in view of its massiveness with some difficulty (with a philosopher’s hammer?)—and through photographing these fragments produced five further paintings that in a smaller format and under the joint title of Part Dieu mark a provisional end of the series.

Even if Sierra (quite the votive painter) justifies the motive for this action in a desire to provide the ordinary person or peasant with a picture for his cramped living room, for which the reduction in size of the image is inevitable (another ploy, an offering, a thanks for what healing?), it becomes clear that even with an act of destruction the artist can’t escape his once arrogated role of creator, as the now violently generated filiation leads to an accelerated proliferation of the imagoform appendices, delivering renewed offshoots for all manner of creatures: a roundelay of partial gods and divine parts that can be called nothing other than cheerful. 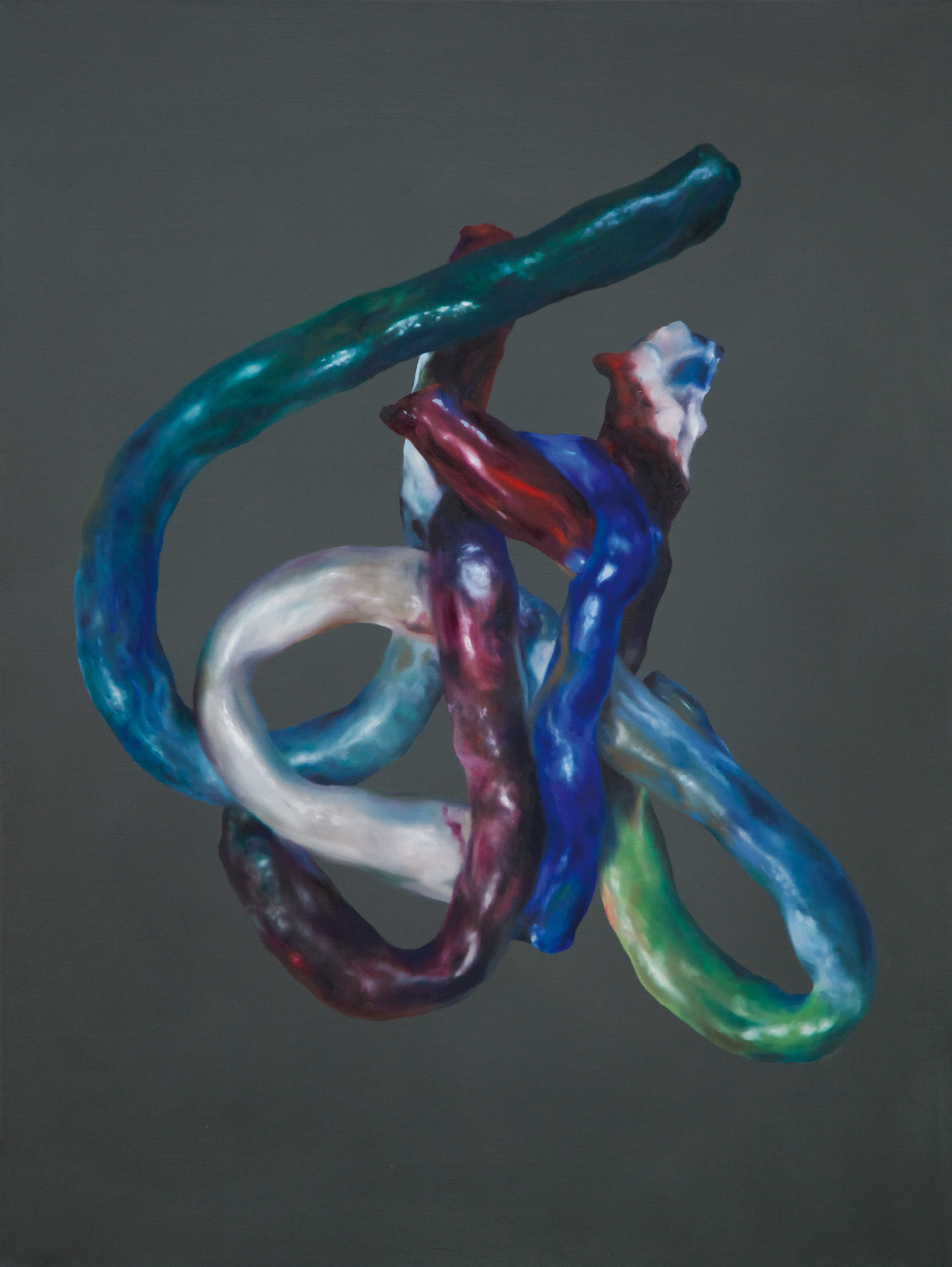 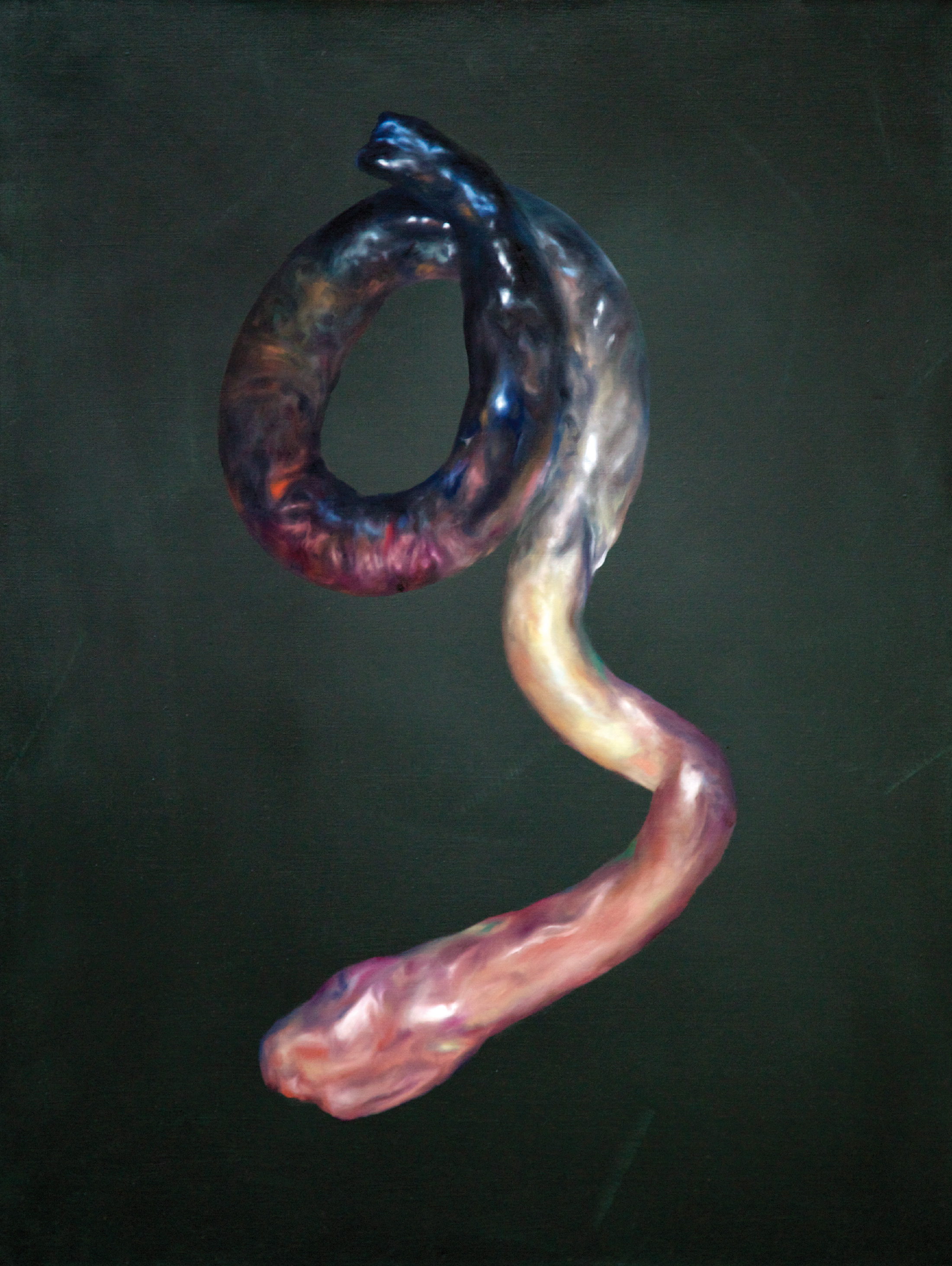 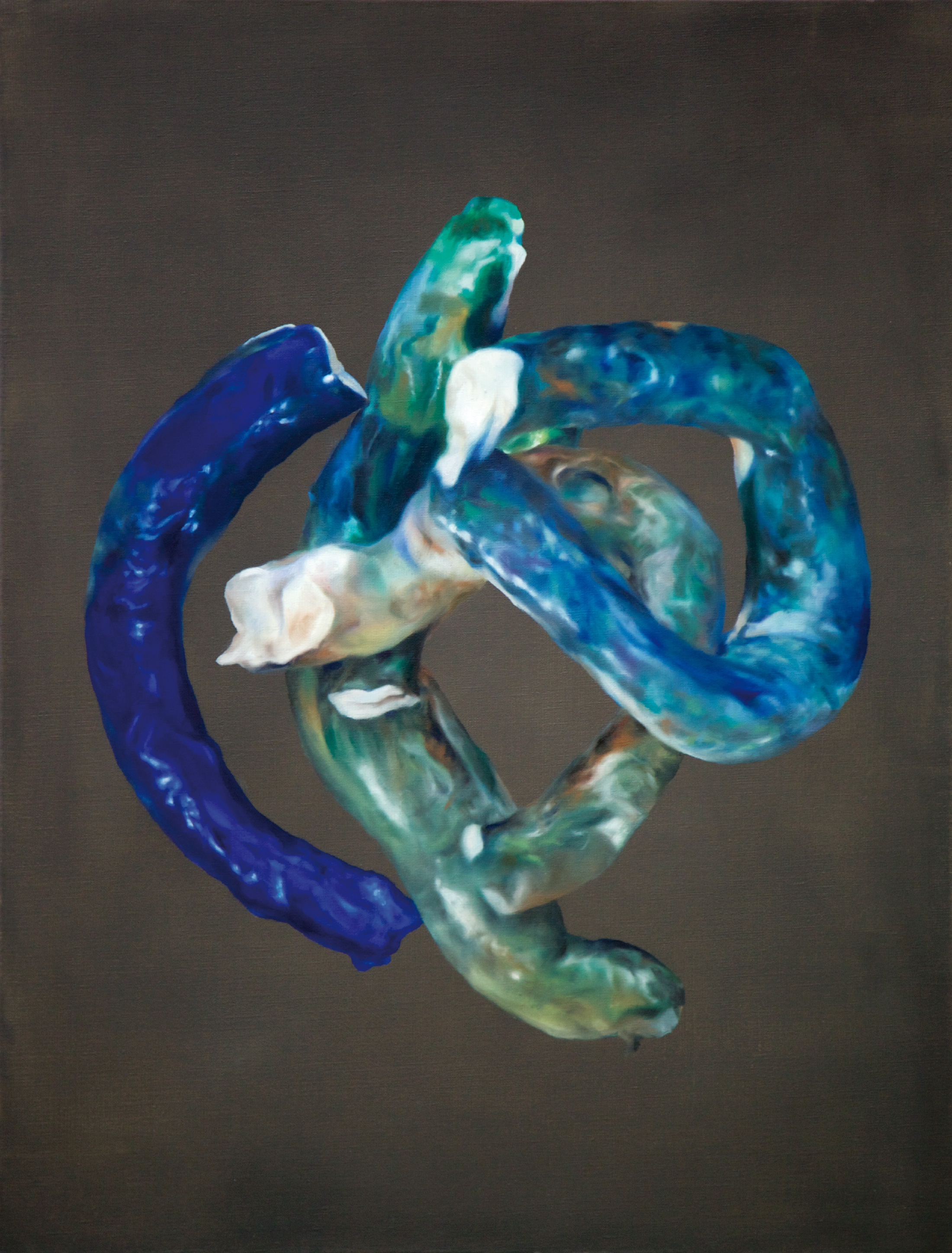 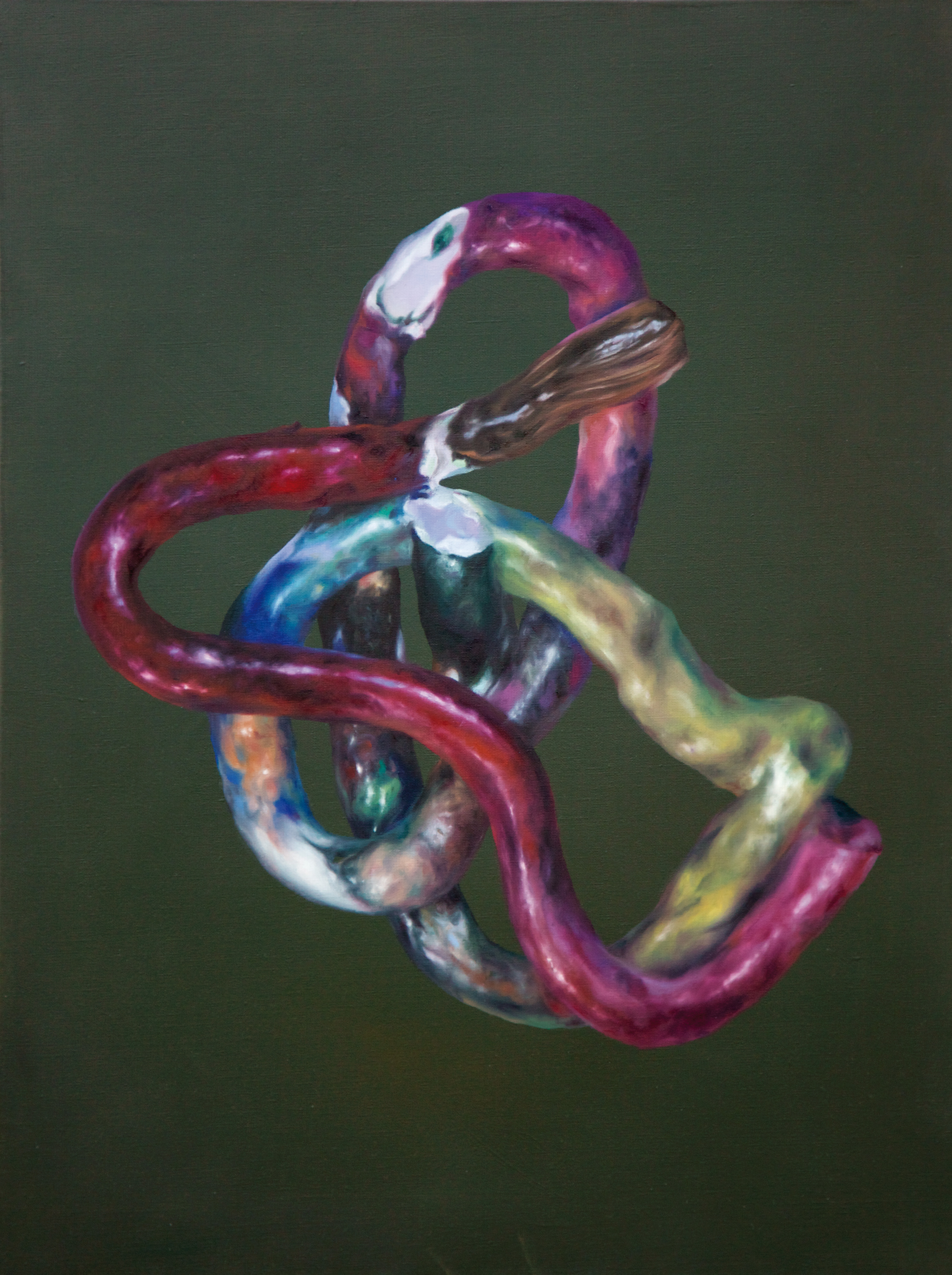 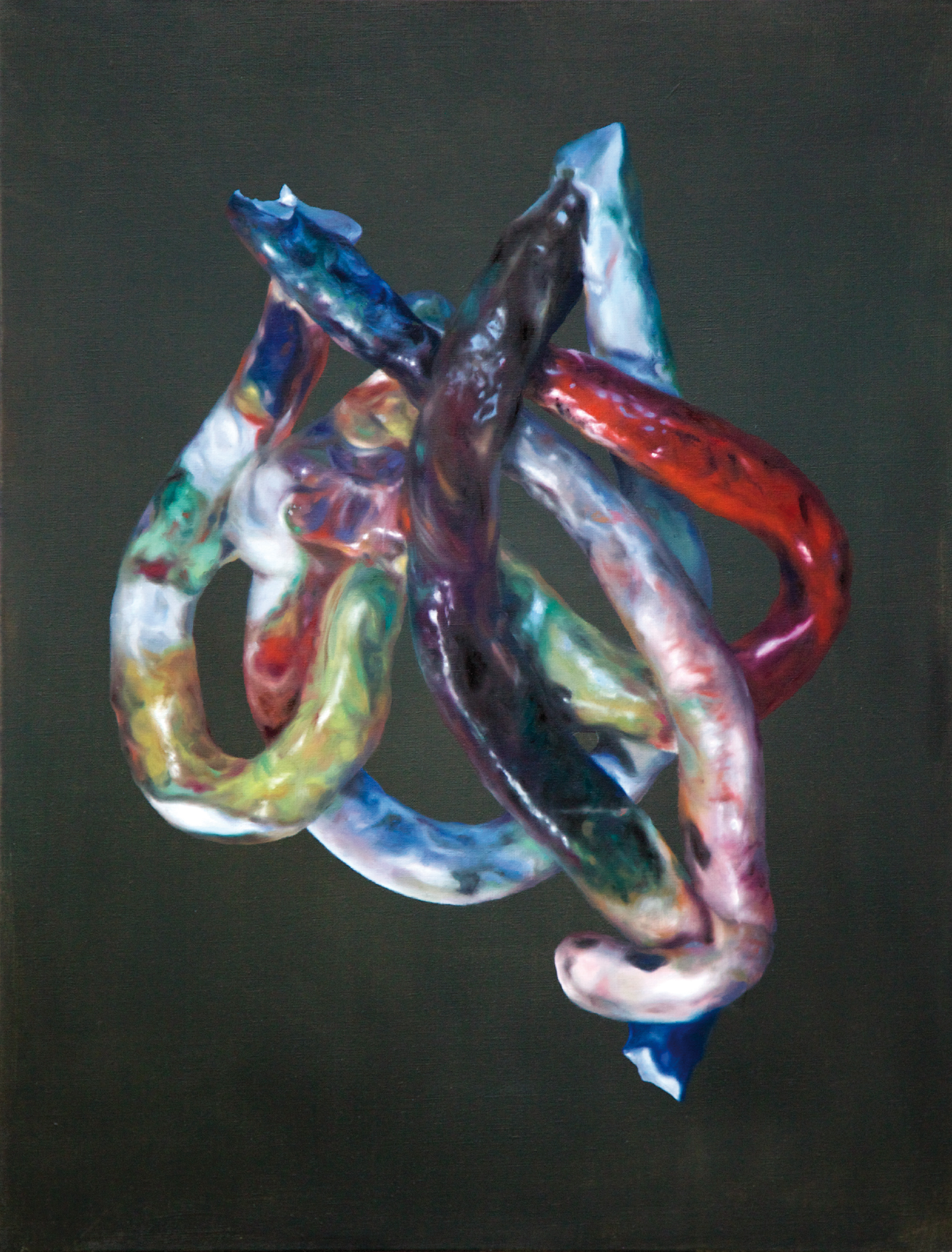 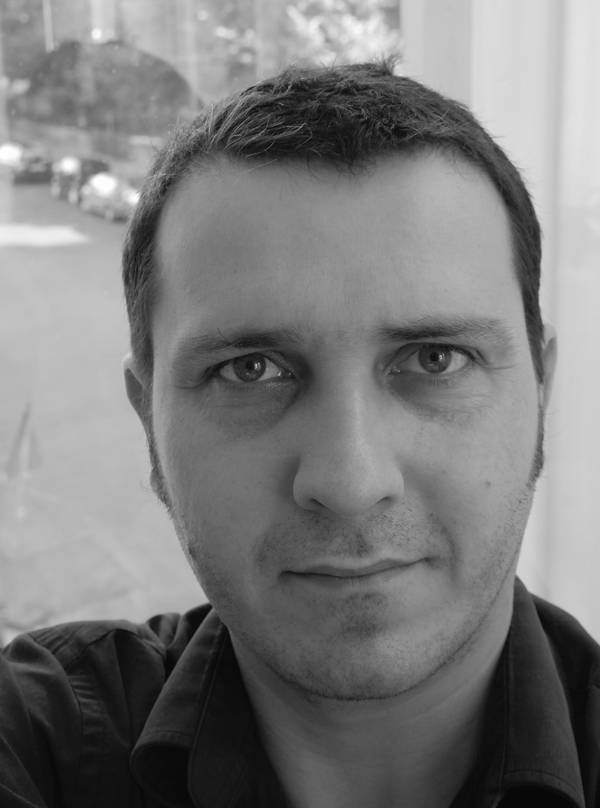 is the founder and publisher of DIAPHANES.
Other texts by Michael Heitz for DIAPHANES