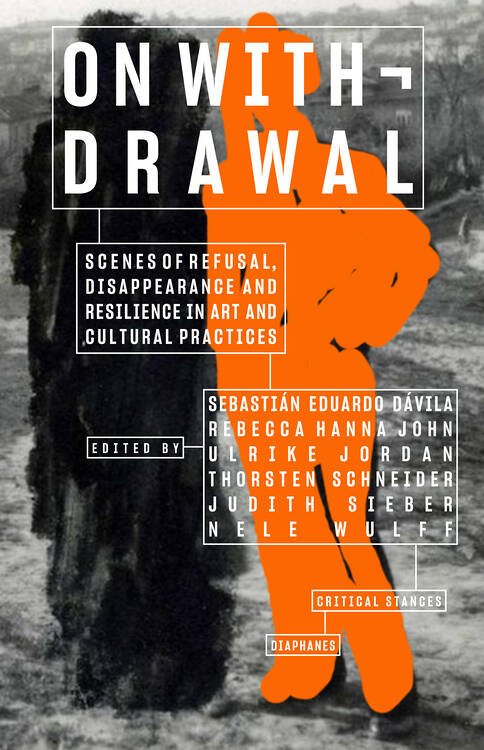 On Withdrawal—Scenes of Refusal, Disappearance, and Resilience in Art and Cultural Practices

What forms does withdrawal—meaning either that which withdraws itself or which is being withdrawn—take in artistic and cultural practices? What movement(s) does it create or follow in specific contexts, and with what theoretical, material, and political consequences? The contributors of this book address these questions in a variety of writing practices, each focusing on specific scenes. These scenes are organized under three parts that structure the chapters: Passivity, Failure, and Refusal; Disappearance and Remembrance; Resilience and Resistance. Through interviews, artistic and literary texts, visual contributions, and academic texts, the authors explore various modalities of withdrawal ranging from a silencing of critical voices to a political and aesthetic strategy of refusal. The enforced disappearance of government opponents, for instance, may be implemented as a means of state violence, but withdrawing may also mean the decision not to participate in such violence, either through forms of passivity or refusal. Moreover, in the neoliberal logic of resilience, the relationship between subjective agency and imposition from the outside remains tense. The aim of this book is to tackle these tensions, as well as the ambiguities and complexities of withdrawal.