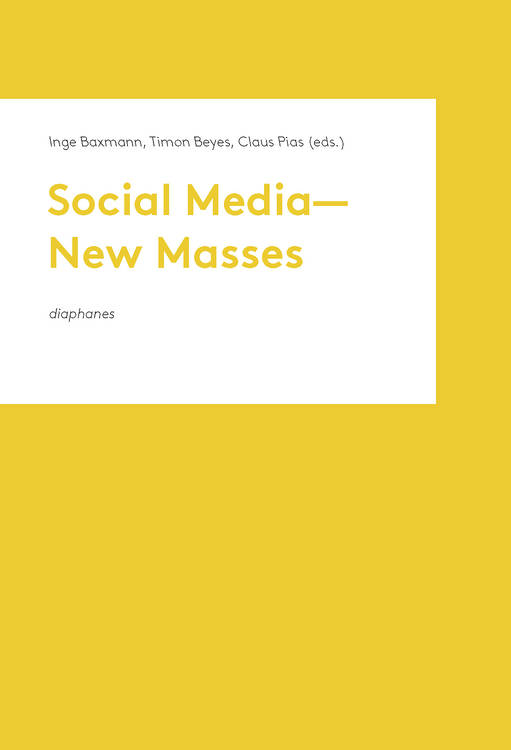 “The free citizen will show his face, say his name, and have an address.” – Thomas de Maizière (German Minister of the Interior), 14 Thesen zu den Grundlagen einer gemeinsamen Netzpolitik der Zukunft [“14 Theses on the Fundamentals of a Common Internet Policy for the Future”] (2009)

“Biometric face recognition has seen a number of advances since 2006, driven by the trend and popularity of social networking sites, the prevalence of mobile smart phone applications, and successful implementation in visa applications and in criminal and military investigations. Media giants such as Google, Apple, and Facebook now include face recognition in their products, and the commercial development of low-cost ‘face sensors’ (cameras with built-in face detection) is underway.” – National Science and Technology Council (NSTC), Subcommittee on Biometrics and Identity Management, The National Biometrics Challenge (2011)

He must have had a long night. Now, at a quarter past eight in the morning, the young man is standing in front of the mirror with disheveled hair and a crooked tie and preparing himself for another day at the office. Beyond typical bathroom activity, however, this routine also entails that the man has to turn on his smart phone and switch his public profile from “party mode” to “work mode.” Once this has been done, whoever wants to learn any information about him will not be directed to his Facebook profile or Twitter feed but rather to his business card or to his latest professional presentation. This is a scene from a promotional video made by the Swedish company TAT, which designs user interfaces for smart phones. The concept being promoted is called “Augmented ID,” and TAT advertises the idea with the slogan “Adding a digital layer to the real world to present yourself.”1 The video goes on: While the young man is clicking through a PowerPoint presentation at a meeting, his audience members are able point their phone cameras at him, and a face-recognition program calls up his profile onto their screens. With one of the icons that is floating around his face on the touchscreens, whoever so desires can look up his contact information and even rate and comment on his presentation. One member of the audience decides to give it four stars (even though the presentation has not even ended). In the final scene, a panoramic view of the room shows how...

is a doctoral student at the Karlsruhe University of Arts and Design, where he is currently finishing his Ph.D. project, titled “Operative Portraits”. His research focusses on the question of identifiability in the history of visual media as well as on the mediality of architecture.
Other texts by Roland Meyer for DIAPHANES

Mass gatherings and the positive or negative phantasms of the masses instigate various discourses and practices of social control, communication, and community formation. Yet the masses are not what they once were. In light of the algorithmic analysis of mass data, the diagnosis of dispersed public spheres in the age of digital media, and new conceptions of the masses such as swarms, flash mobs, and multitudes, the emergence, functions, and effects of today’s digital masses need to be examined and discussed anew. They provide us, moreover, with an opportunity to reevaluate the cultural and medial historiography of the masses. The present volume outlines the contours of this new field of research and brings together a collection of studies that analyze the differences between the new and former masses, their distinct media-technical conditions, and the political consequences of current mass phenomena.