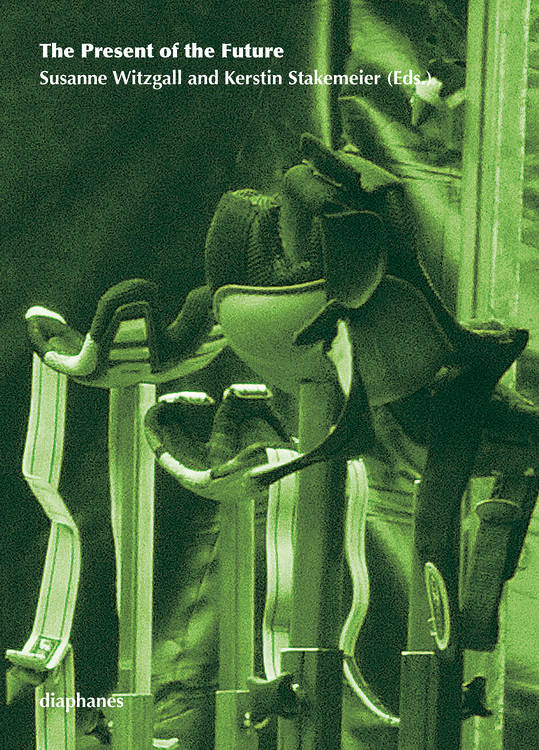 Negotiating the Future
Speculative Design between Claim and Reality

has been a research associate for design and architectural theory at the cx centre for interdisciplinary studies at the Academy of Fine Arts, Munich, since 2012. She researches the contemporary expansion of the understanding of design in the light of current theoretical approaches, for instance from the social sciences and political theory. She has also curated and initiated events in this area, such as the format Undesign, which aims to liberate the critical potential of design (with Sarah Dorkenwald). Her writings have appeared internationally in design publications, including in étapes and Frame, as well as in academic publications. Until 2007 Fogelberg worked as an editor for the publication form. She has a BA in European studies from King’s College London and the London School of Economics as well as an MA in the history of design and material culture from the Royal College of Art/Victoria & Albert Museum in London.
Other texts by Karianne Fogelberg for DIAPHANES

The Present of the Future

The current outlook into the future seems to be largely informed by resignation and anxiety. The understandable scepticism which utopian visions of the future are met with today and the crisis ridden present give rise to nostalgic resorts to seemingly reliable ideas. The book The Present of the Future investigates our present relation to the future and asks which means and strategies artists and scholars pursue today, to gain a new scope of action for shaping alternative futures. How do they create potentials for change and for the imagination of possible futures beyond modernistic idealisms and romanticist projections into remote times? The Present of the Future is the result of the third annual theme of the cx centre for interdisciplinary studies at the Academy of Fine Arts Munich.